Photography and the Feelings of Others: From Mirroring Emotions to the Theory of Mind

Photography is powerful because we can place ourselves into the perspective of those we see in an image. Whether it’s street photography, photojournalism or portraiture, we use photography to understand ourselves in relation to people around us.

Think of Henri Cartier-Bresson’s Behind the Gare Saint-Lazare, Nick Ut’s Napalm Girl or Richard Avedon’s portrait of Marilyn Monroe. These iconic images capture intent, desire, suffering, pain, ambivalence, and invoke our ability to identify with those in the frame.

Our ability to identify with and imagine someone else’s point of view is deeply ingrained into the architecture of our brain. Photography plays a unique role in triggering the network of brain regions that underlie empathy.

To understand how photographs activate the aforementioned brain network, it’s first necessary to deconstruct emotional processing into simpler components. In this article I’ll describe the brain regions that support one of the most fundamental social skills that humans have: that of imitation.

Also, in using concepts from a subfield of cognitive neuroscience called the Theory of Mind, I’ll show how humans conceptualize the minds of other people and why this is important for our ability to empathize.

Imitation is automatic and a basic requirement for developing practical social skills, like empathy. When we see the expression of other peoples faces there is an unconscious activation of the same muscles.

For example, when someone is sad and frowns you too will active frown muscles and feel similarly to the person you’re looking at, granted to a lesser extent. If you were to prevent the activation of the frown muscles then your ability to perceive sadness would diminish.

Imagine if someone were very upset with you but then you could not embody his or her feelings. Surely that relationship would be strained.

If you would like to see how well you can gauge facial emotions you can take this emotional test developed by developmental psychologist Simon Baron-Cohen (yes, he’s related to Borat).

Imitation is a result of visual information combining with muscle activation, which in turn facilitates empathy. Our capacity to imitate is thought to rely upon a specialized network of brain regions called the human mirror neuron system.

Mirror neurons were first discovered in the early 90s by Italian researchers studying the brain regions responsible for muscle activation. The hallmark trait of mirror neurons are that they become active in a person when that person is observing another person’s motor action, their intention, when viewing faces that depict emotion or when someone is included in a visual-motor task such as throwing a ball or dancing.

The human mirror neuron begins with a brain region called the superior temporal sulcus (STS), which processes body movement, where someone’s attention is directed toward, and emotion. This data rich visual information is transmitted from the STS to the posterior parietal cortex (PPC), which is where mirror neurons are first activated.

The PPC functions to coordinate motor plans (muscle movements for a specific goal) and identifies where other objects are in relation to one’s own body. The STS-PPC connection is thought to support our ability to imitate the movements of those we watch.

The combined visual-motor information from the PPC is then transmitted to the frontal cortex and some of this information is sent to the language-processing region called Broca’s area.

With a simple photograph our brain will unconsciously processes biological motion, attend to where emotions are being directed, activate muscles of those we are observing, and transmits this information to language processing centers where we can consciously express our own emotional reaction.

Imitation is a basic social skill that often occurs unconsciously. However, as we age we become much more aware of someone’s emotions not by direct observation by rather by judging their intent. Intent requires us to place ourselves into someone else’s perspective and to hold the belief that other people have minds that are distinct from our own.

The Theory of Mind is a subfield of cognitive neuroscience that studies how humans understand the mental states of other people. The general idea is that the mind is something we cannot see and thus we must believe that it exists in theory, hence the name Theory of Mind. Because mental states are not observable, much of what we know about human behavior is through observing someone’s intent.

It’s quite the step in cognition to go from imitation to understanding someone’s intention. Indeed, understanding the mental state of others is a developmental milestone and it does not happen until about the age of four. The “false-belief test” is one way by which children are determined to have a developed a theory of mind.

In the false-belief test a child is shown a video where a puppet (we’ll call him Riku) leaves a cookie on a table and when Riku leaves the scene another puppet walks in (we’ll call her Akiko). Without Riku noticing, Akiko picks up the cookie and moves it into a cookie jar and then leaves the scene. Riku will re-enter the room but before he does the observing child is asked where Riku will think the cookie is.

Only recently have neuroscientist been able to identify a brain region that is specific to inferring the mental states of others and this region is called the temporal parietal junction or TPJ. The TPJ is necessary to infer someone else’s beliefs.

Additionally, the TPJ processes the motivation behind someone’s actions, it’s crucial in evaluating another person’s moral judgments, and evidence suggests that the TPJ is a brain structure that is uniquely human. Because other animals don’t seem to have an analogous structure to the TPJ, it is likely that the human brain further evolved to develop a theory of mind, which in has allowed us to deeply examine the beliefs, emotions, and desires of others.

The human mirror neuron system and the brain networks of the Theory of Mind are only some of the brain regions involved in emotional processing. We have evolved to feel the emotions of other people and vision can clearly drive much of our emotional response.

We see someone’s facial expression, imitate his or her emotion, and empathize. We understand intent, which influences how we judge someone’s emotional state, goals and desires. What better way to collectively engage in empathy than to share the images we take?

Photography is important because it can influence our capacity to empathize, it effects our motivation to help others, and help us connect with people through imitation. Seeing children with polio, viewing racial discrimination, watching the total destruction of New Orleans undoubtedly appeal to our emotions and our yearning to help those in need.

The very survival of our species has and still relies on understanding how other feel, attending to the needs of those around us, and working with one another to construct a better society.

Photography is more important than ever because we need visual imagery that reflects our connectedness, especially in a world that can be as inhumane as ours. 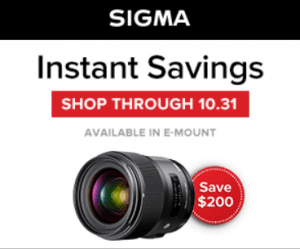